Rage to Redemption in the Sterilization Age (Paperback) 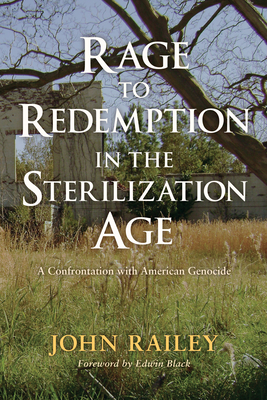 Nial Cox Ramirez, rendered barren in 1965 by one of America's most aggressive sterilization programs, made nationwide news in the 1970s as she fought for redress. Her landmark case fizzled in the early 1980s. Nial went on, raising a successful daughter, the one child she gave birth to before the state got to her. She never surrendered her dream of justice, but what happened to her and more than 7,600 others in ""progressive"" North Carolina receded into the background, buried under the cheery press releases the state program relied on before it closed down in 1974. Then, in 2002, a team of reporters at the Winston-Salem Journal gained access to records that exposed, for the first time, the brutal inner workings of this sterilization program that had been backed by their paper. One of those reporters, John Railey, became the editorial page editor of the Journal and made victim compensation his cause. He joined forces with Ramirez, other victims, and state legislator Larry Womble, who kept fighting even after he was almost killed in a car wreck. This is the story of their victory. It's the story of Ramirez and Railey, two unlikely friends joined forever on a faith-based justice journey. ""I love the book. . . . It is a crucial story and well told. The author's talents as a wordsmith and storyteller serve him well."" --Timothy B. Tyson, author of Blood Done Sign My Name ""This is amazing. The prose is excellent, the facts of this woman's story are incredible and horrifying, and the blend of research and narrative is, to my mind, exactly right."" --Michael Parker, author of The Watery Part of the World ""With both writerly sensitivity and reportorial grit, John Railey presents the definitive story of North Carolina's eugenics program. His eleven-year odyssey is a must-read for anyone interested in this complicated, shameful legacy--and the inspiring story of those who fought against long odds for recognition and compensation."" --Belle Boggs, author of Mattaponi Queen ""Atticus Finch says in To Kill a Mockingbird that you never really understand a person until you consider things from their point of view. Railey humanizes sterilization abuse survivors who were treated inhumanely by the state. With a watchdog like Railey, social justice is a journey toward redemption where everyone is a traveler."" --Dawn Sinclair Shapiro, director and producer of The Edge of Joy ""John Railey's crusade for the victims of sterilization in North Carolina remains one of the longest-fought battles in the history of American journalism. Simply put, without his tireless efforts to keep this story before the conscience of the state government, there would be neither justice nor catharsis for the victims."" --Matthew Nolte Evans, a screenwriter for HBO Films and part-time faculty member in the Department of Radio-Television-Film at California State University, Fullerton John Railey, a native of Tidewater, Virginia, is a graduate of the University of North Carolina at Chapel Hill. A veteran of Virginia and North Carolina newspapers, he is the editorial page editor of the Winston-Salem Journal. He has won numerous state and national awards for his work. He lives in North Carolina's Piedmont Triad region with his wife, Kathleen.