Life on the Line: Football, Rage and Redemption (Paperback) 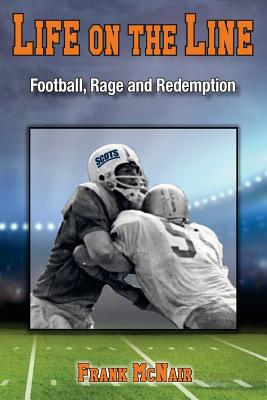 Frank McNair, author of Life on the Line, grew up and played football in small-town southeastern North Carolina. Frank studied at the Duke Writer's Workshop, and Life on the Line is his first novel. He is working on a second book - this one about the life of Christian faith - entitled A Creeping Certainty. He graduated from the University of North Carolina, where he was a Morehead Scholar and an undistinguished student. After a brief stint in banking, Frank entered the MBA program at Wake Forest University, graduating in 1978. For a decade he held a range of sales and marketing positions in the corporate world. In 1988, Frank joined his wife, Laura, in her consulting and training business. They have been business partners in McNair & McNair for thirty years. Frank has written two non-fiction books for business readers: The Golden Rules for Managers and How You Make the Sale. Both are available online and wherever books are sold. Laura and Frank are active members of their church community where they teach, visit, and participate in mission trips. They live with their beloved chocolate lab, Buddy Brown, in a house overlooking the woods in Winston-Salem, NC.